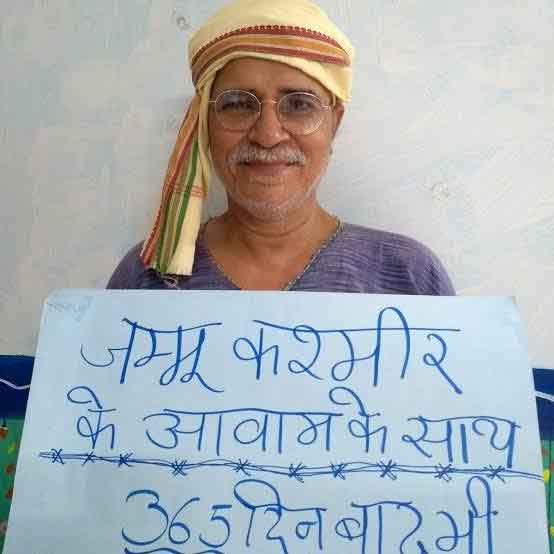 Vimal Bhai breathed his last on August 15 at the All India Institute of Medical Sciences in Delhi. He was 60 years old.

He will be long remembered for his contributions to many ecological and social movements, but perhaps most importantly for the movements against the excesses of several poorly planned hydroelectric projects in Uttarakhand. He got involved very early on, from the time of the Tehri anti-dam movement. Later he formed a Matu organization to further this. Matu has become an important voice on this issue.

His work on this issue has had a long continuity. He also worked hard to collect a lot of important information on this issue and brought it to the attention of many people, using his own writings as well as media contacts, thus contributing to advocacy efforts. Here as elsewhere, it has helped to better understand and organize the social and environmental assessment of projects. He both learned several important aspects related to the details of proper project appraisals and also brought this knowledge to the people of the remote villages he frequently visited under difficult conditions. Several of these villages have faced direct or indirect displacement due to the very negative impacts of harmful projects.

Most of these works concerned the protection of the Ganges and its tributaries in the Himalayan region. Later, he also contributed to the campaign to protect Yamuna in and around Delhi.

He has long been a familiar face at various meetings and mobilizations on environmental and social issues in Delhi where I have met him on several occasions. He was also a familiar face in the offices of various Gandhian organizations located near Rajghat in Delhi and was helpful to several high ranking Gandhian activists visiting Delhi for short periods for urgent work related to various movements.

He also contributed in several important ways to the Narmada Bachao Andolan. This also brought him closer to the National Alliance of Popular Movements and he was involved for a long time in this organization on several levels.

He was also active on the community harmony front. He had worked for some time with Fr. Thomas Kocherry as well. Another struggle he was involved in was over the mining issues in Rajasthan. He often worked in difficult conditions and was also arrested a few times, but not for long.

During all these endeavors he traveled widely, perhaps most often in Uttarakhand, although Delhi and neighboring areas remained something of a base camp for him. His final days were spent in Faridabad, where he assisted in the rehabilitation efforts of the residents of Khori village in Faridabad district. It can be recalled that during a massive demolition campaign, the working class here was left homeless, an action taken amid COVID and inclement weather that has been widely condemned for its violation of human rights. .

Vimal Bhai has also been active in advocating for the rights of sexual minorities.

A man of many facets, Vimal Bhai had made a documentary film and written several articles on the issues on which he campaigned. He was very good at hand spinning and had also acquired good sewing skills. He loved to cook and was a good cook.

Many individuals and other social movement activists will remember him for his many contributions.

Bharat Dogra is Honorary Organizer of the Campaign to Save Earth Now. His recent books include Man over Machine – A Path to Peace and Planet in Peril.