From leaders who fight racism to those who promote Asian culture, Carleton students are having a positive impact on their communities – throughout Asian Heritage Month and beyond.

Keep reading to learn more about some of our inspiring Asian student leaders.

When anti-Asian hate crimes in the Vancouver area increased by more than 700% in the past year, Doris Mah, a master’s student in political management, decided she had to take action.

While balancing motherhood, school and working in an MP’s office, Mah co-founded the Stand With Asians Coalition (SWAC) with the goal of uniting grassroots activists across Canada in the fight against anti-hate -Asian and all forms of racism. The movement dedicates May 10 as the National Day of Action Against Anti-Asian Racism.

“A lot of people ask why one day and not every day of the year,” says Mah. “It’s a day we have set aside to raise awareness of the need to fight racism, not just against Asians, but against racism in all its forms.”

Mah’s call to action quickly spread across the country and her anti-racism efforts led to the Stand with Asians Coalition winning the 2022 BC Multiculturalism & Anti-Racism Award and Mah herself receiving the United Chinese Women’s Association of Canada Special Community Contribution Award. . But sadly, his work has also inspired online trolls to flood his inboxes with hate mail.

“The racism that Asians face has not stopped, in fact it has increased since the pandemic,” says Mah. “We must take proactive measures to combat and counter all forms of hate and racism.”

Mah, who immigrated from Hong Kong at the age of 18, is also one of 75 finalists nominated for this year’s 14th annual Top 25 Canadian Immigrants Award.

“I think it’s important to recognize not only the contributions that Asian Canadians have made to the nation, but also the challenges they have faced to achieve this.

The career of Cindy Tran, a Vietnamese-Canadian and MA candidate in journalism, was influenced by a watershed moment in 2020 when her grandmother was the target of an anti-Asian attack at her home in the Valley. of the Outaouais. The attack was the tipping point of years of racism and microaggressions the Tran family has experienced since finding refuge in Canada after the Vietnam War. 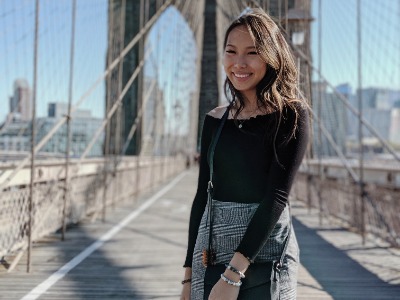 “When I started college, I wasn’t sure what kind of journalism I wanted to pursue, but this attack put things into perspective for me,” Tran says. “I wrote about what my family had endured as one of five Asian families in all of Pembroke, and I never expected it to get the attention it did.”

Tran wrote about the experience through her personal blog which was picked up and published by the Ottawa Citizen. The article prompted the City of Pembroke to create an official diversity committee and led Tran to her role as a reporter and associate producer at CBC, where she focuses on stories that highlight Asian people and their cultures. .

Some of Tran’s recent plays include stories about Korean women’s curling and Lunar New Year celebrations, connecting with extended family through Asian foods.

In early 2020, Dilki Jagoda, a bachelor’s student in public affairs and public policy, saw a false narrative catch on and felt determined to correct it. 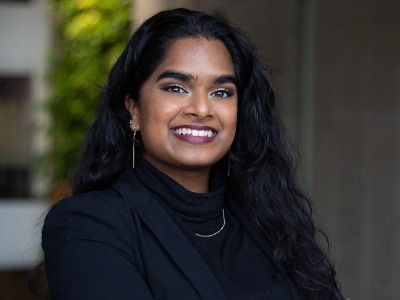 “When anti-Asian discrimination and hate crimes were at their peak, I felt there was a narrative that felt like it came out of nowhere,” says Jagoda. “I wanted to emphasize that this narrative, and the processes that make it thrive, have existed throughout our history as a country.”

Specializing in human rights and development, Jagoda’s research focuses on how anti-Asian racism and discrimination in Canada have historically thrived through government-made public policies.

Jagoda says part of the solution is for governments to bolster funds in their budgets to address anti-Asian racism, because Canada’s current anti-racism policy structure does not include it.

“We may not see it as necessary, but putting something like this in writing and making it public can really change a lot because it’s acknowledging something as a problem and acknowledging how serious it really is” , says Jagoda.

Jagoda hopes to help achieve this goal while offering an intersectional approach to public policy-making when she graduates. Already taking steps in this direction, Jagoda has helped integrate anti-racism pedagogy into public policy through Carleton’s Students as Partners program.

“I would like to be part of shaping a policy that will eventually get us to a place where we can eliminate these unconscious biases in our society and in our institutions, because there are a lot of barriers that are not recognized. “

As an immigration and refugee social worker, Alyssa Schenk has seen many young newcomers to Canada struggle with a lack of visible representation as they try to find their place in their new homes. This challenge is what prompted Schenk to pursue his doctorate in social work. 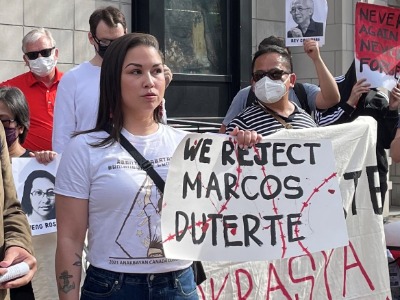 Alyssa Schenk, PhD candidate, at the Ottawa protest against corruption during the national elections in the Philippines.

“It’s a big enough project to cover only immigrant and refugee children, so I had to make the decision to narrow it down to an experience that I, too, had as a Filipino,” Schenk explains.

Schenk’s research focuses on young Filipinos’ experience with cultural identity and how they choose to navigate and essentially realize their own organized culture.

Growing up, Schenk admits she saw no reflection of herself in any of her role models, educators, or even in pop culture — a common experience for the diaspora.

“Without being able to see reflections of themselves in leadership or educators, it is a struggle for many young Filipinos to figure out who they were and who they are going to be as they try to maintain some resemblance to their cultural heritage while stepping into the role of new Canadian.

Schenk personally tackled this problem by holding leadership positions within the Canadian Filipino community. She currently sits on the executive committee of Anakbayan Canada, a national democratic youth organization that aims to educate and mobilize Filipino youth, and chairs its Ottawa chapter. She is also a founding member of Filipinos in Canada-Academics, Researchers and Scholars (FiCARS).

“Young people have been the most influential to me as an individual, an academic and an activist,” Schenk says. “It’s exciting to see all age groups of Filipinos and Asians retaining pieces of their traditions and transforming them in new and interesting ways to preserve our own cultures.”