Africa has always been the birthplace of rhythm and dance, but its dance culture has evolved over the years with the help of the internet.

Over the past couple of years, there has been a growing number of TikTok and Instagram dance videos and skits involving young Africans from across the continent, showing the world what Africa is made of. In fact, you might have even joined in on the fun and participated in a few video challenges yourself.

What you may not know is that some of the talented individuals behind these dance trends come from disadvantaged communities and use dance to take action against several social issues or to build a better future for them. themselves and their communities.

Michael Kweku Afriyie Sarpong is a choreographer, dancer, educator and founder of Dance 4 Change Ghana. Founded eight years ago in La, a suburb of Accra, the organization aims to provide orphaned and underprivileged children with education, food and shelter.

The foundation supports children aged 6 to 16 from disadvantaged families, those facing homelessness and those who have suffered abuse.

In the global fight against extreme poverty, Sarpong believes that education is a powerful tool. This is what led him to launch the Dance 4 Change scholarship fund within his organization, which provides financial support to promising young people at risk of dropping out of school.

Through dance, young people in Accra connect with each other and are encouraged by Sarpong and his team to continue their education and dream of a bright future.

Born and raised in Kumasi to an industrious mother and stepfather, Sarpong – known to the world as Eflex Gh – discovered his talent for movement at a tender age and has continued to do it since. He told Global Citizen that he faced financial difficulties growing up and could not continue his education after leaving high school at the age of 15.

“I used to dance at school and everyone loved it, so I thought this could be my future,” Sarpong said. “During this difficult time, I explored my talent and started dancing in the streets to entertain passers-by and raise funds for maintenance.”

Although he faced homelessness on the streets of Accra, Sarpong saw the light at the end of the tunnel and was finally able to reach that light, telling Global Citizen, “I bought my first apartment in the slums of Accra after saving enough money from the many reality shows I have starred in. 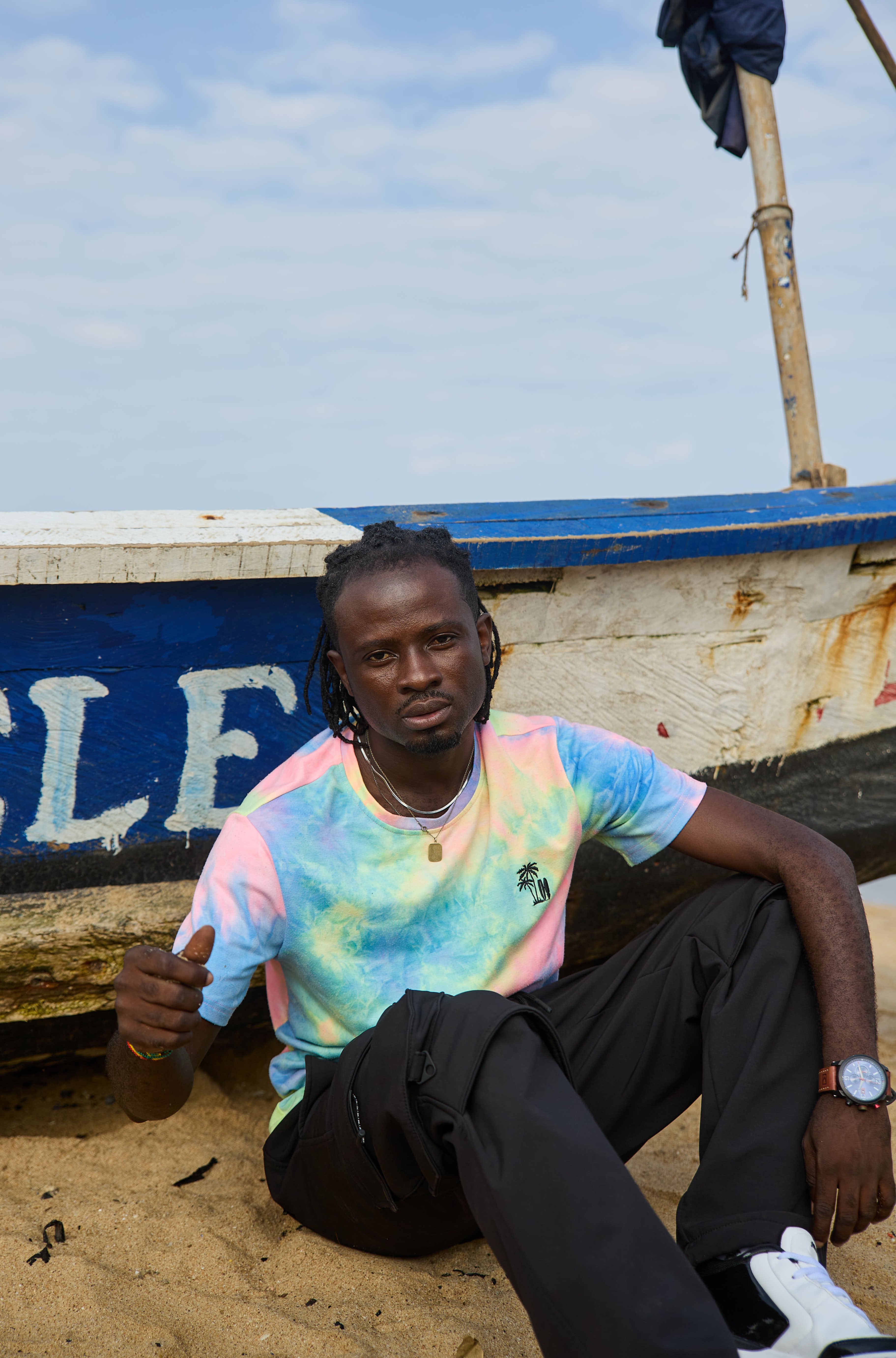 Over the years, Sarpong has performed alongside award-winning artists, won countless awards in various dance categories, and been featured in award-winning commercials. The choreographer is also one of the pioneers of the world famous Azonto dance seen on social media pages around the world, hailing from the shores of Ghana.

“Azonto comes from the six coastal communities of Accra,” he said, explaining the internet sensation’s inspiration. “It is a blessing to see my dream come true – to promote the beautiful culture of Ghana through dance.”

The Dance 4 Change founder started teaching dance at the community center, and as the number of students in his classes grew, he knew he needed to find a much bigger space.

However, Sarpong and his students were not exempt from the socio-economic impacts of COVID-19. At the height of the pandemic, some of his students had to quit dance training to pursue other ambitions, while others reverted to dangerous social vices, like drugs, which dance classes initially had them on. kept away.

“I decided to push harder to rent my first space because I couldn’t watch them go,” he told Us.

“I don’t want any of these kids to know the hardships I faced,” he added. “That’s why I decided to have a ghetto studio.”

Sarpong saw the need to improve the lives of children in his community and decided to rent a space, moving dance lessons from the community center to a place where children have the freedom to take lessons without restriction. He did so with what little personal funds he had left, despite the economic blow of the COVID-19 pandemic making it difficult for him to do so.

Sarpong and his Dance 4 Change team are a reflection of the activism and advocacy that Global Citizen aims to elevate through our Global Citizen Festival: Accra campaign, part of our year-long End Extreme Poverty campaign NOW calling on the world to take action for girls, for the planet and to create change.

The campaign, and in particular the Accra festival, builds on Global Citizen’s continued expansion of its pan-African movement, with recent festivals held in South Africa and Nigeria. You can learn more about the festival, the campaign and the impact of Global Citizen by reading our explainer.

Sarpong’s studio is a safe space to nurture and mentor emerging young talent. He gave the youth of the community the opportunity to learn about the indigenous dance culture of Africa. So far, the studio has supported underprivileged young people and helped them avoid issues such as drug use and teenage pregnancy. 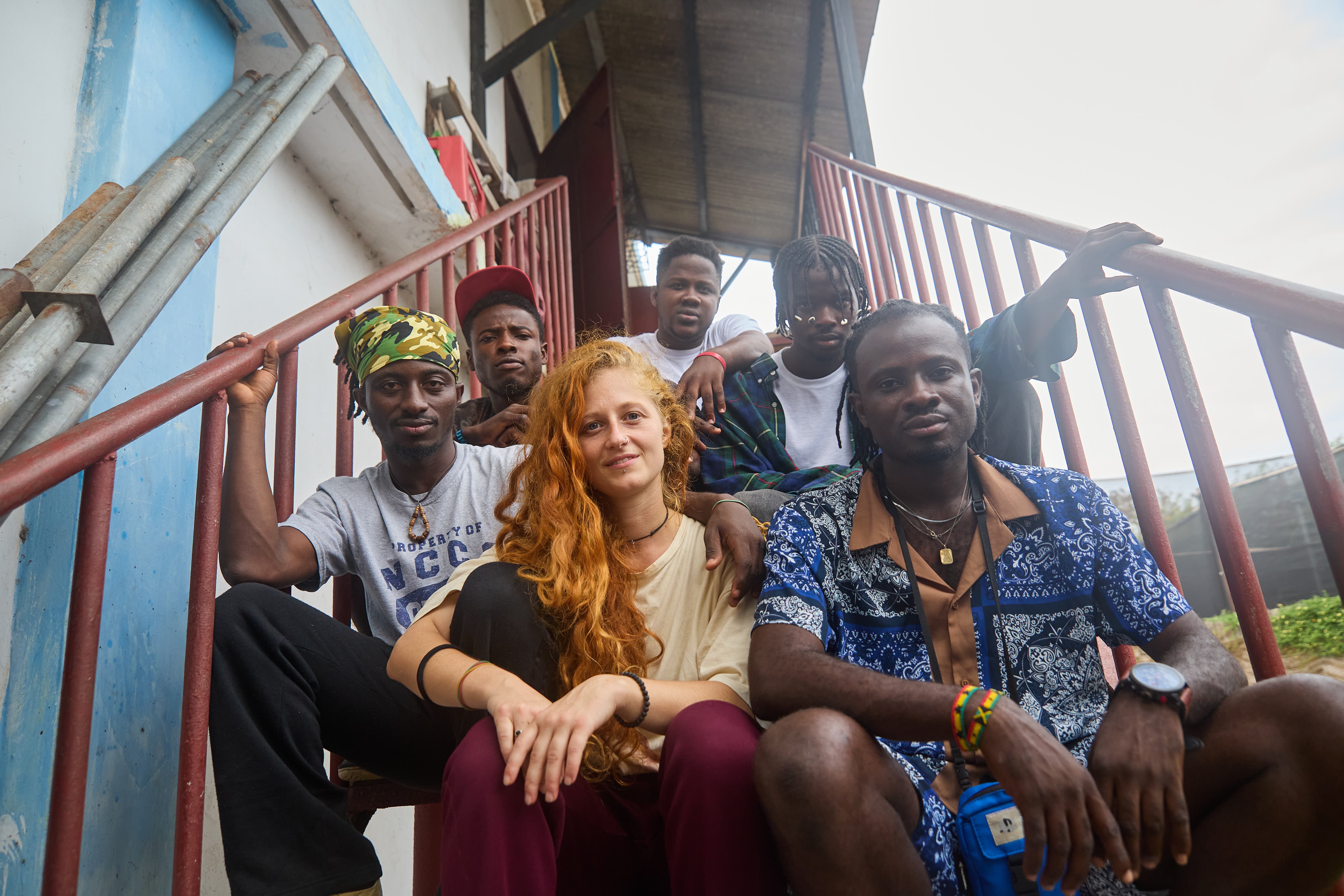 To date, he has trained over 300 dancers — professional and amateur, local and international. Northern dance enthusiasts travel to Ghana just to take dance lessons with the now world famous Sarpong. He has traveled outside the country several times to spread his dance skills to the rest of the world.

“African dance is gaining momentum and Africans have a role to play in protecting our culture through dance. African dance speaks of peace, unity, empowerment and selflessness,” explained Sarpong, noting that African dance culture drives tourism and it is essential to be proud of it.

In her quest to end extreme poverty and improve access to education for children in her local community, Sarpong currently pays school fees for more than 13 children. All of these funds are generated internationally with the support of the Dance 4 Change scholarship fund.

Recently, Sarpong and his studio team had to relocate to find another space, which has been a challenge. However, he told Global Citizen that he won’t stop anytime soon no matter the hurdle.

“It is necessary to acquire a larger space with facilities to be able to teach and improve the lives of children,” he said.

Beyond the amazing job he has done so far, Sarpong has even bigger dreams. He looks forward to transforming the studio into a well-established school to help nurture young people and develop their talent, enabling them to achieve a brighter future.

Currently, Sarpong is working on producing a film about his life, upbringing and the impact he continues to have in his community. 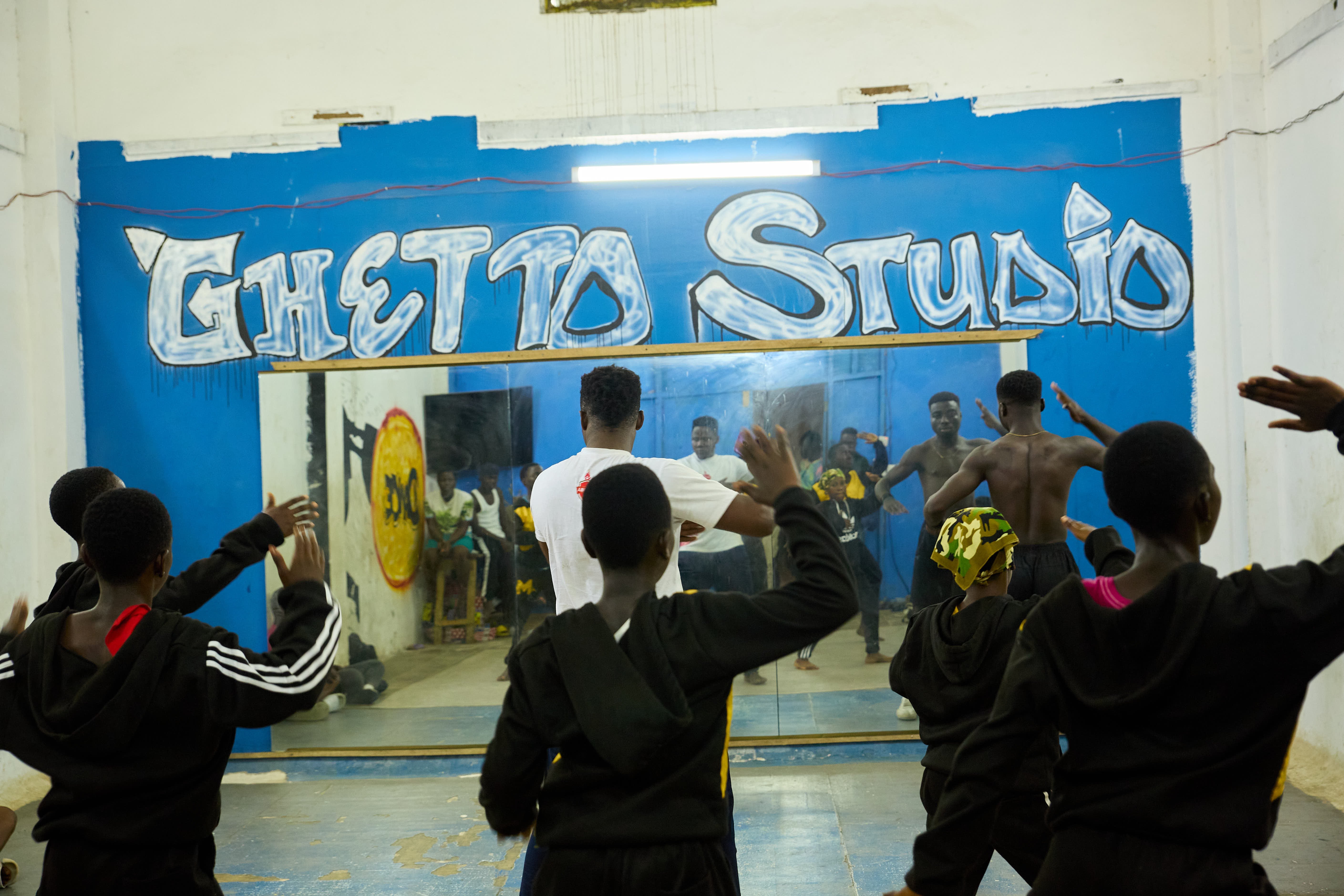 A group of children rehearsing at the Ghetto studio on a weekday.
Image: Samuel Michael Cudjoe

Unlike other dance groups in Ghana, Sarpong and his team are not dancing just for influence or entertainment, or even to become the top trending dance team on social media. They do what they do to inspire young people.

“For me, it’s about giving to the less privileged. If I start dancing now, people will come together. I preach with my dance and I live with my dance,” he said.

For Sarpong, dance is an activity that drives change in Ghana and around the world. A citizen of the world and a pioneer, he sets the tone for dance culture in Africa and brings with him the young people he has nurtured. The world is not ready.

The Global Citizen Festival calls on world leaders, businesses and philanthropists to do more than they have ever done before to end extreme poverty NOW. Through our global campaign and with stages in two iconic locations – Central Park in New York and Black Star Square in Accra – we will bring together leaders, artists, activists and citizens from around the world on September 24 to deliver a political agenda ambitious program focused on empowering girls and women, taking climate action, breaking down systemic barriers and mobilizing activists and advocates. Wherever you are in the world, you can join the campaign and take action now by downloading the Global Citizen app. 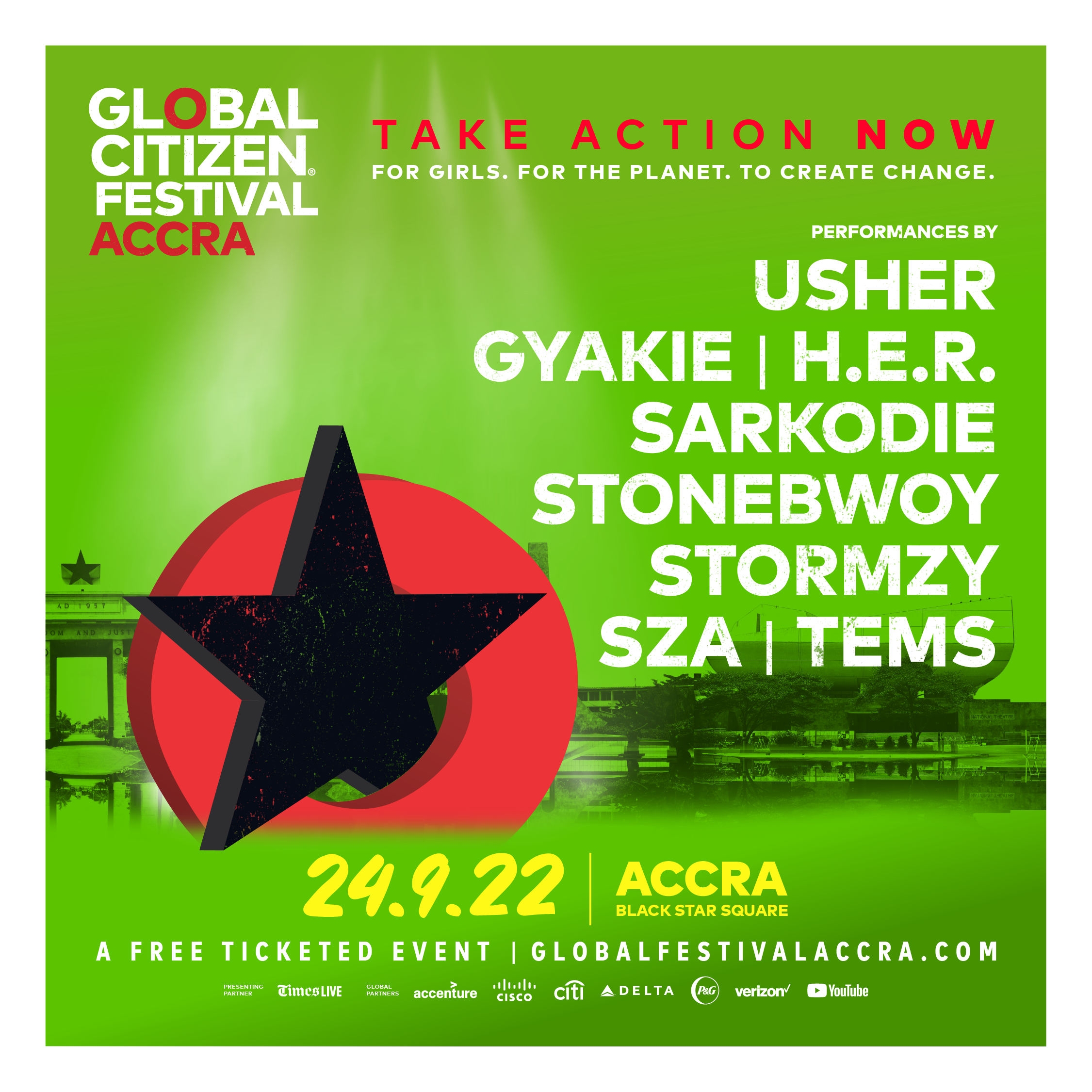