Throughout history, creativity has played a vital role in solving some of society’s most pressing challenges, especially when it comes to art and design.

“Designers solve problems,” says Kiana Wenzelco-director general of Designing Detroit Corea nonprofit economic development organization housed at the College for Creative Studies, where design-based solutions have been a priority since the nonprofit was founded in 2010 as the Detroit Creative Corridor Center before rebrand nearly a decade later under its current name.

In 2018, DCD took its purposeful design approach a step further by released its inclusive design action plan for Detroit in response to the city’s previous request designation as the first UNESCO City of Design in the United States — a moment that thrust Detroit’s creative community into the international spotlight.

“Our call to action for UNESCO designation is focused on inclusive design,” says Wenzell, noting that DCD is on a mission to encourage the development of solutions, products, services and systems based designs that unite communities and break down barriers, often embracing interdependence and collaboration throughout the design process.

This year, DCD has taken this commitment to the next level by planning its 12th Annual Detroit Design Montha month-long, multi-event design festival taking place across Detroit and online in September, embracing the theme “United by Design”.

To underscore DCD’s belief in design as a catalyst for unity and change, the non-profit organization collaborated with the Gucci Changemakers Fellowship Programa $1.5 million fund that provides scholarships to “various undergraduate students with unmet financial need interested in the fashion and design industry” for the second time since 2019 – this time bringing a special exhibit to this year’s Design Month lineup.

“As a producer of Detroit Month of Design, it made sense to have the exhibit as part of the festival — just to show that unity with the Detroit community,” Wenzell said.

Organized by Wenzell, “Building lasting impact” was presented at the Museum of Contemporary Art Detroit (MOCAD) last week and featured the work of the 2022 Gucci Changemakers Fellows – emphasizing the perspectives of young designers using art to create lasting impact both at Detroit and across the United States 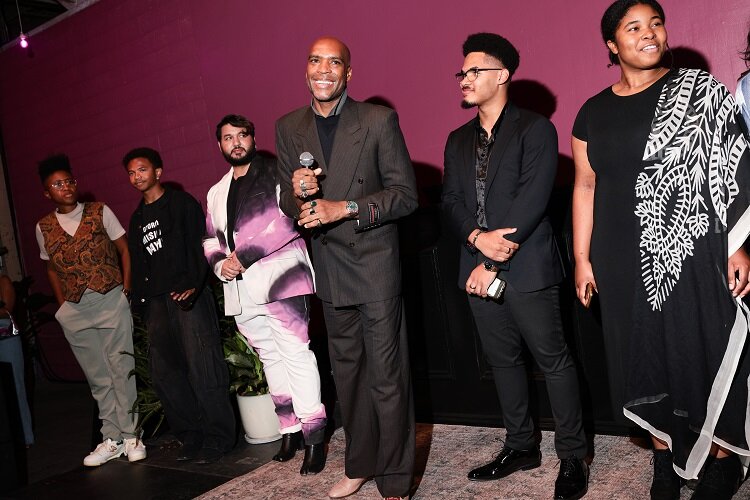 “The power of sharing our stories with others”

“As a kid from Detroit, I will never be able to express how grateful I am to have the chance to participate in Detroit Month of Design. I remember dreaming of one day becoming a well-known artist in my city,” says Miles “Mars” Richardsa rising junior in the College for Creative Studies’ animation program and a three-time recipient of the Gucci Changemaker Fellowship. 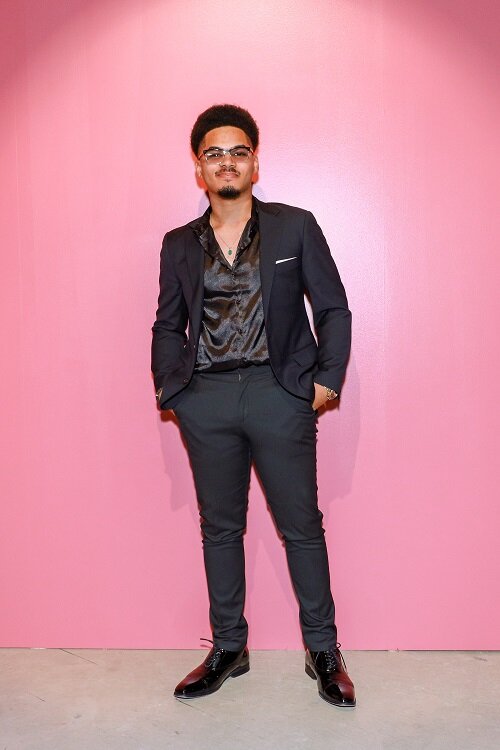 Miles RichardsFor Richards, his participation in the Fellowship Program and Design Month this year has helped him realize his potential “as a changemaker and as a creative” – something that includes, at least in part, to find ways to make space for other voices to be heard.

“I feel our role as Changemakers [is] to help create these kinds of spaces for unheard voices. To be a changemaker, we can’t just recognize the things that a space is missing. Instead, almost equally, a Changemaker must help create these spaces with the help of those who will eventually occupy them,” says Richards.

Part of that process, according to Richards, is inspiring others and giving back to future generations by paving the way for them.

“From the incredible opportunities many have given me, I have found a greater passion to chart a path and give back to the generation after me. Because I know the younger generation will have greater control over our future,” says Richards.

This past weekend, Richards had the chance to inspire visitors to the “Building a Lasting Impact” exhibition through a digital portrait of her current partner. Inspired by their encounter in the fashion club during Richards’ senior year of high school at Cass Tech, “AAlayah T’Ahna” celebrates her continued encouragement of Richards’ journey.

Beyond the opportunities Richards received after participating in the Gucci Changemakers program, including a summer internship with the Academy of Motion Picture Arts and Sciences Academy Gold Rising Programthe experiences of receiving a scholarship and exhibiting at this year’s Detroit Month of Design were inspiring in themselves.

“I’m grateful for Gucci’s outstanding support and the incredible opportunity to participate in Detroit Month of Design in September. And I’m inspired to see my city nurture so many of its brilliant talents to [the] at the forefront,” says Richards. 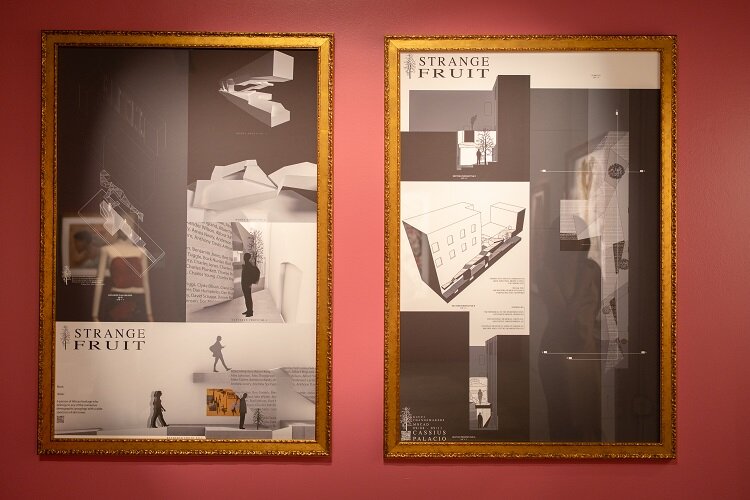 Like Richard, Cassius PalaceChicago native and one of the Gucci Changemakers Fellowship recipients whose work was included in last weekend’s “Building a Lasting Impact” exhibit, says his participation in Detroit Month of Design has provided “an abundance new opportunities”.

“Being a Gucci Changemaker Fellow means accepting the initial ‘yes’ from the board, myself included, and growing positive feedback from ‘hell yeah’s!’ makes you grateful to be seen, heard and respected,” says Palacio.

As an undergraduate student at the University of Southern California School of Architecture, Palacio says the scholarship also gave him the confidence to approach industry professionals not only about his work, but also Architecture + Advocacy (A+A)an organization that Palacio co-founded with other USC architecture students to “empower communities to deconstruct spatial injustices affecting their neighborhoods.”

Through A+A, Palacio and his team reach out to architecture, engineering, and construction firms and hold meetings to listen to their needs, wants, and current barriers to improving environmental awareness. community and DEI initiatives.

“These meetings then leverage A+A’s community partnerships to build connections between these enduring corporate and community relationships beyond the financial investment in A+A,” Palacio says.

For Palacio, who applied to the Gucci Changemaker Scholarship Program after hearing about it from a college roommate who had previously received the same scholarship, the application process offered a chance to create work that matched her personal philosophies as a designer.

“It was one of the first projects where I had the agency to design something that would fit my narrative. My main goal in architecture is to emulate a fusion of visual arts and architecture and each project I need to tell a universally accessible story using various media,” Palacio recalls.

Inspired by Nina Simone’s “Strange Fruit,” a song he first heard in kindergarten, Palacio’s Changemakers submission of the same name offered exhibit visitors an immersive insight into the personal journey of artist as a black man in the United States.

“This song has constantly haunted me and never left my mind when I report on positive or negative experiences,” says Palacio.

Despite a desire to share his experiences with others through art, the idea of ​​showing the piece to others was an act of courage for Palacio – a risk that would ultimately boost his confidence as a designer.

“For someone who is not black, interpreting black art is always something that tires me. […] Would anyone understand my black point of view? I was afraid that it would be misinterpreted and that my cognitive hard work had been for naught. I am happy to have maintained confidence throughout my project. Fearless, even – able to let my work speak for itself,” says Palacio.

Photos courtesy of Shane Drummond and Zack Whitford/BFA for Gucci.