Covering a range of fields, dynamic new leaders are determined to chart new courses and make a lasting impact on students

Arizona State University’s College of Liberal Arts and Sciences has a full roster of new leaders, and they are eager to welcome students.

“We are very fortunate to have high caliber leaders with us this fall,” said Patrick Kenney, Dean of the College. “I look forward to seeing their continued contributions to our students and to ASU in general.”

John Carlson, Center for the Study of Religion and Conflict

In addition to being the new director of the Center for the Study of Religion and Conflict, Carlson is also an associate professor of religious studies whose research explores how religion and moral research inform understanding of political life. His writings cover topics such as war and peace, religion and violence, democracy and civic life, among other areas of interest. A major focus for the fall and beyond will be the find the truth project, which will see the center partner with the Walter Cronkite School of Journalism and Mass Communication to undertake a three-year project examining religion, journalism and democracy in our current “post-truth” moment.

At the heart of the project is a collaborative laboratory for scholars, journalists, civic leaders and students to deliberate together on the status and place of truth in democratic life.

“Religion is deeply linked to the enormous challenges we face in our world today, at home and abroad: the rise of nationalism in various forms; frontal assaults on truth, democracy and human dignity; and even the insistence that human beings are the masters of our destiny and can save us through science, technology and faith in progress,” says Carlson. “The Center for the Study of Religion and Conflict is dedicated to understanding how religious ideas and practices relate to these issues – and how religion can also be part of the solutions.”

Carlson is also working on plans to celebrate the center’s 20th anniversary next year. 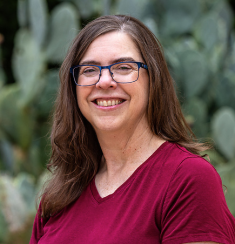 Nancy Manley, a world-renowned geneticist specializing in the thymus and its effects on immunity and aging, joins the School of Life Sciences as its new director. Previously, she was at the University of Georgia, where she served as head of the genetics department for the past five years and research professor emeritus for the past 20 years.

“I look forward to working with Dr. Manley and am confident that his impressive skills, in partnership with the School of Life Sciences community, will help advance the school’s efforts to innovate in the immersive and adaptive learning, fostering academic excellence, incubating transformative research, and developing inclusive environments for students pursuing programs and careers in the life sciences,” said Kenro Kusumi, Dean of Natural Sciences.

Having received his doctorate in biology from the Massachusetts Institute of Technology in 1989, Manley’s research interests lie in the areas of developmental biology and molecular genetics, and his current work focuses on evolution, fetal development, postnatal function and aging of the thymus, the main organ responsible for the generation of T cells.

“I feel like I’m at a point now where I want to pivot to be more outward-facing and have an even bigger impact from what I do,” Manley says. “And I feel like being the head of the School of Life Sciences is going to give me the opportunity and the platform to really do that. Leadership isn’t actually about what a person never did. Leadership is about what you do with your team. And the team that’s already in place here is very good.

Manley is also the latest in a series of women leading STEM-related units at ASU. David Sailor is the new director of the School of Geographic Sciences and Urban Planning. Prior to joining ASU in 2017, Sailor was a faculty member at Tulane University from 1993-2003 and Portland State University from 2003-2016. Her academic research includes examining of the intersection of climate with the built environment and in-depth work on the quantification of the causes and prospects for mitigating the urban heat island effect.

Sailor’s main goals for the school are to improve the quality of outcomes for students while simultaneously increasing educational provision. He also hopes to leverage the school’s strengths in planning, urban climate science, and geospatial research to increase leadership within ASU and with community and industry partners.

“We collaborate with communities and local governments, including through a direct partnership with city government offices,” says Sailor. “For example, one of our teachers has a cross-appointment as an associate professor at our school and as the first director of the new Phoenix Office of Heat Response and Mitigation. Efforts like this greatly improve our local impact and social integration.

He believes Arizona is uniquely positioned to address pressing environmental issues affecting the country and the world.

“One of the big challenges facing ASU, and the Phoenix metro area in particular, is thriving in one of the hottest and rapidly warming metro areas in the country,” he says. “We have urban climate planners and scientists with deep expertise in tackling extreme heat, and community partnerships that position us to meet these challenges and serve as a model for cities around the world.” 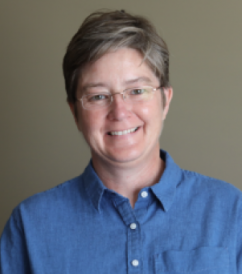 Professor and sociologist Sandefur joined ASU’s T. Denny Sanford School of Social and Family Dynamics in 2019 as a faculty member.

“I came to ASU because of the values ​​that are in the charter,” she says. “It’s about excellence in teaching and research, and it’s about having a positive impact on the communities in which we live and serve. And it was wonderful to me that there was a place where I could do my work that had those values.

Only a few years later, she became the school’s new principal.

Sandefur, who previously taught at the University of Chicago, is also a faculty member of the American Bar Foundation and editor of “Law and Society Review.” She has lived the values ​​that are so dear to her for more than a decade through her search for a more equitable and accessible civil justice system. Sandefur is looking forward to welcoming new students in her first academic year as principal. 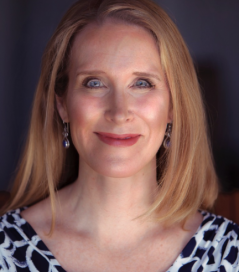 Tracy received her Ph.D. from the University of Colorado and began her academic career at ASU in 2000. At ASU, Tracy has served as assistant professor, associate professor, Herberger endowed professor, and full professor, as well as in a variety administrative positions, including director of doctoral studies, director of The transformation project and acting director.

In her new role as Principal of the Hugh Downs School of Human Communication, Tracy will lead one of the largest schools of communication in the world and administer five degree programs – which include approximately 2,000 undergraduate students, 250 online masters and 50 doctoral students.

“With communication being the skill most sought after by employers, our school provides the knowledge necessary for students to excel in a variety of career trajectories,” she says.